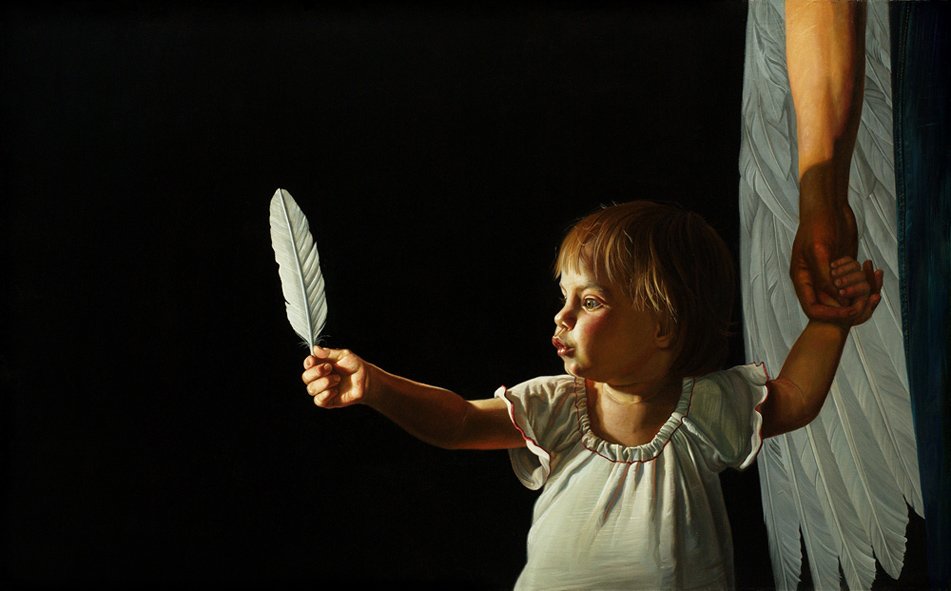 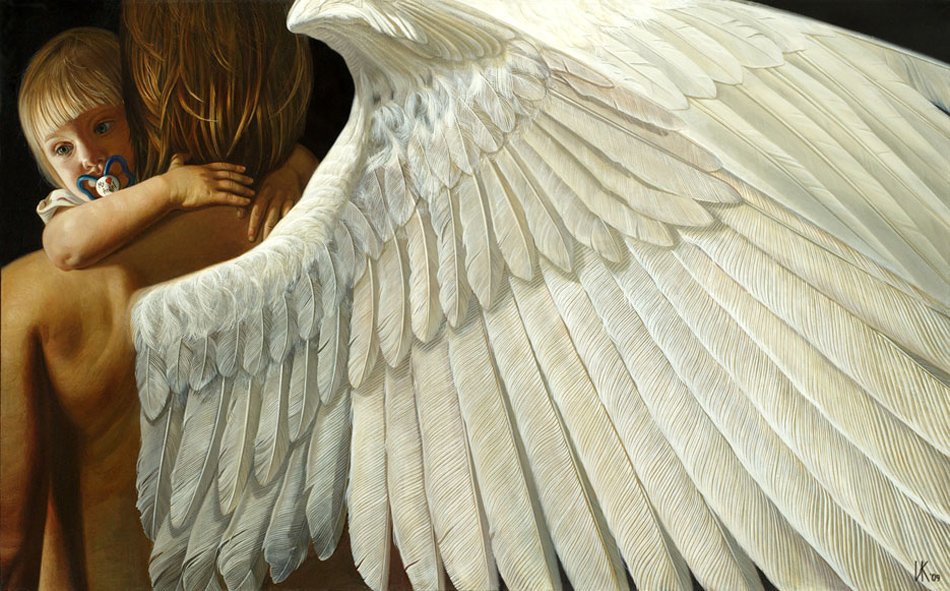 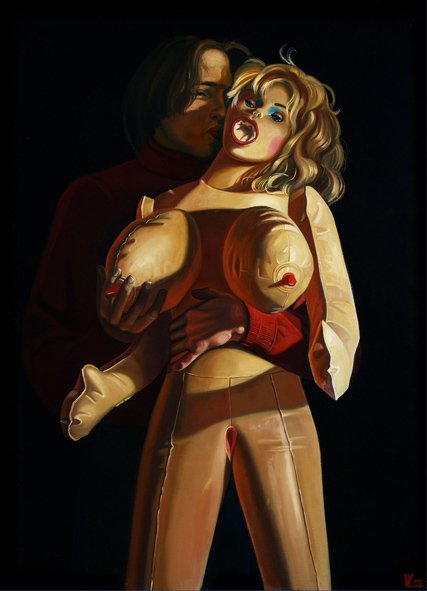 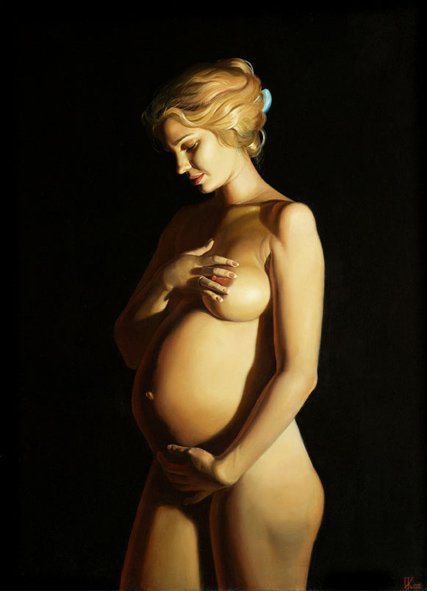 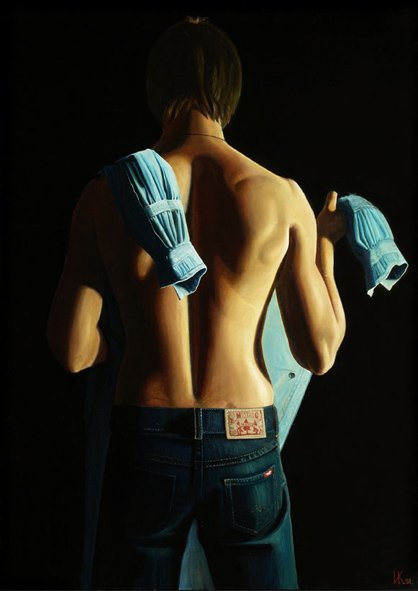 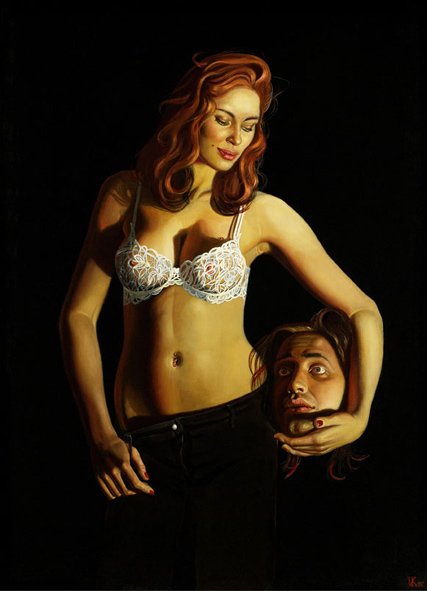 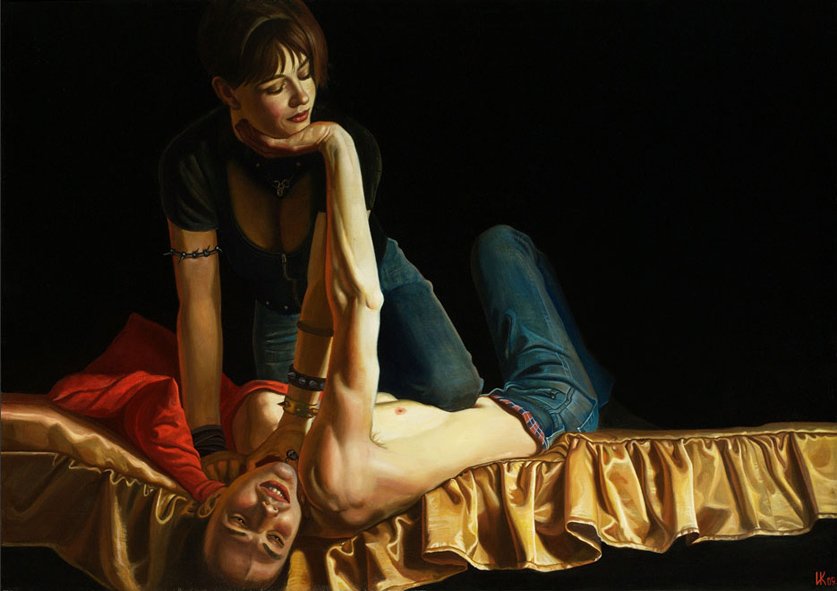 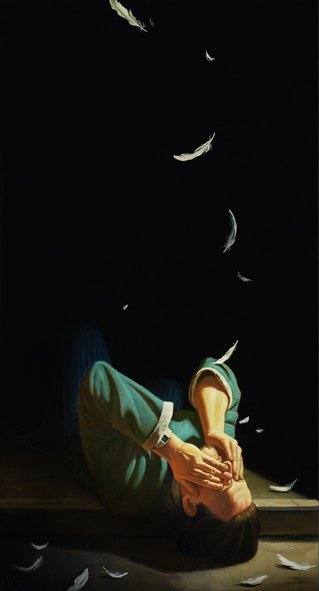 During many centuries artists of the most various directions and sights addressed to a themeof love. All history of the world fine arts, since the pre-christian period, and down to our days again and again opens this eternal theme. The set of philosophers, historians, writers and poets constantly came back to a theme of love in the products. In art the love in different times got various forms, and in many respects became a synonym fine and formed an aesthetic direction of time. From one century per one century artists and philosophers defined fine, and due to their certificates we can build a history of aesthetic idea of various times. As we proceed from a principle, that the beauty never was something absolute and constant, it got various forms depending on the country and the historical period is concerns not only physical beauty (the woman, the man, a landscape), but also beauty of the God, ideas, ideas. Precisely as, probably, it is possible to consider many-sided and ambiguous concept of Love; love to the God, to the native Land, love of the man and the woman, parent love. Probably most relatives to disclosing the given theme ancient Greeks were brotherly etc. In their lexicon the concept «love» was designated by various, completely different words on sounding, and each definition opened this or that nuance of this many-sided concept.

Presently the concept «love» includes all new features, at times getting a little bit negativecharacter, being based on fanaticism and various fetishes. Though similar cases more than once met in a world history of arts, nevertheless presently as never similar displays of love form new aesthetic recognition. It is necessary to specify that, speaking in this case about an aesthetics, first of all, it means traditions which developed within the framework of the western civilization. For example, it can seem to the person who has been brought up in the western traditions a ritual mask of the African tribe horrifying, and for the native, probably, personifies kind essence. And on the contrary, to the person professing any non-european religion, the image of the tortured Christ while corporal unattractiveness causes sympathy and affection in the christian can be unpleasant. Numerous images of martyrs, with detailed images of the tortures, called to cause believers religious ecstasy, due to oustanding artists of the European school of painting, such as Mantegna, Zurbaran, Caravaggio, Latour are lead up to a level of masterpieces and have generated a new aesthetics. Due to talent and skill of painters of suffering Saint Sebastian, decapitation of Olofern or sacrifice of Isaac are perceived as fine works of art, instead of as images of human sufferings with their almost physiological reliability. Though presently the recognition the spectator of similar images has become simpler even more. That could shock the person of revival and result in religious trembling, the modern spectator constantly facing with stages of violence at cinema and on a teleimage, it is perceived much more quietly. That occurs on the screen, is perceived discharged and hence «not hereby».

Exhibition «About Love» is my personal project. In many respects the purpose of the projectis next attempt to open many-sided and the complex phenomenon of the Love, expressed by plastic language of figurative painting.