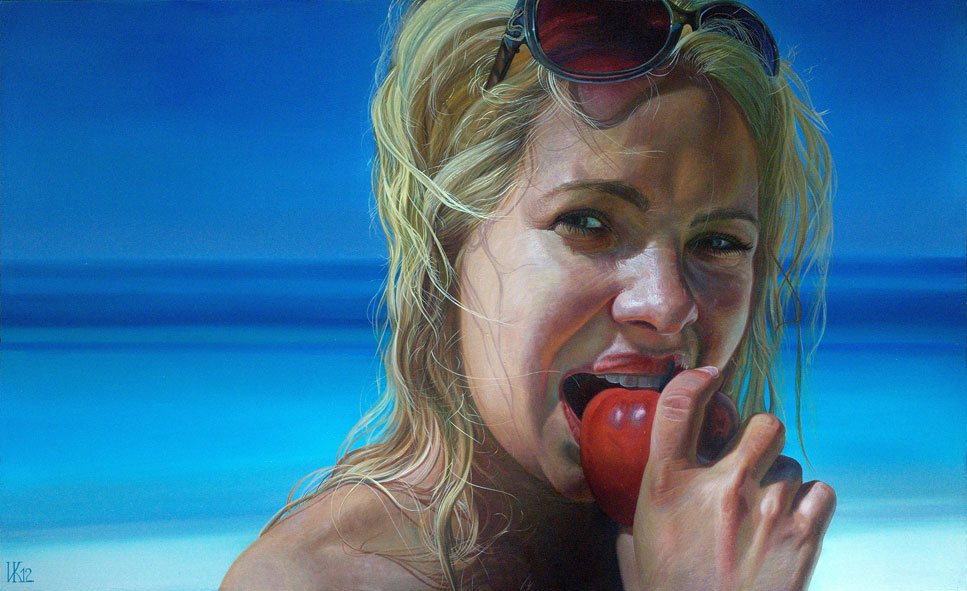 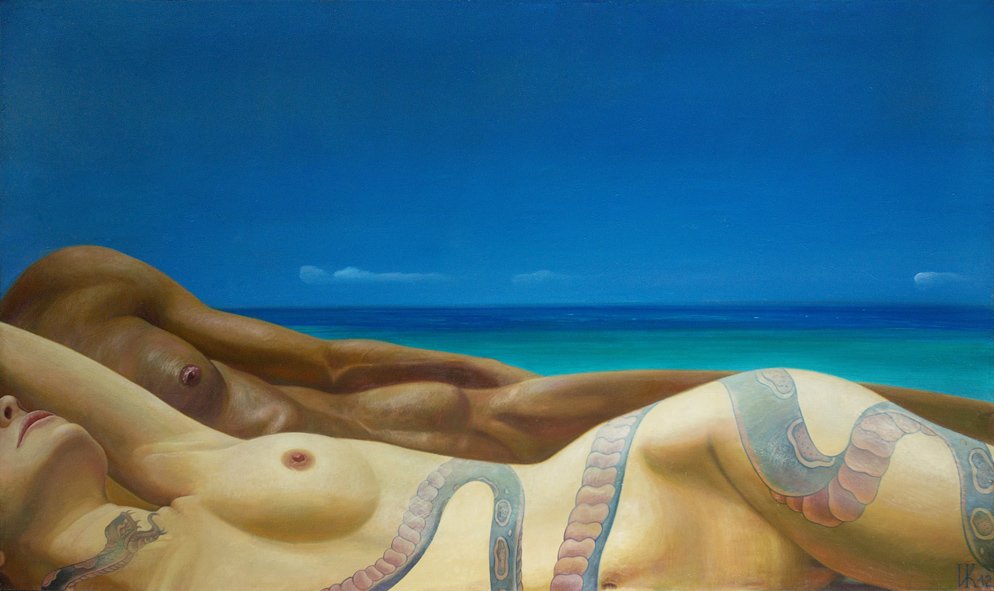 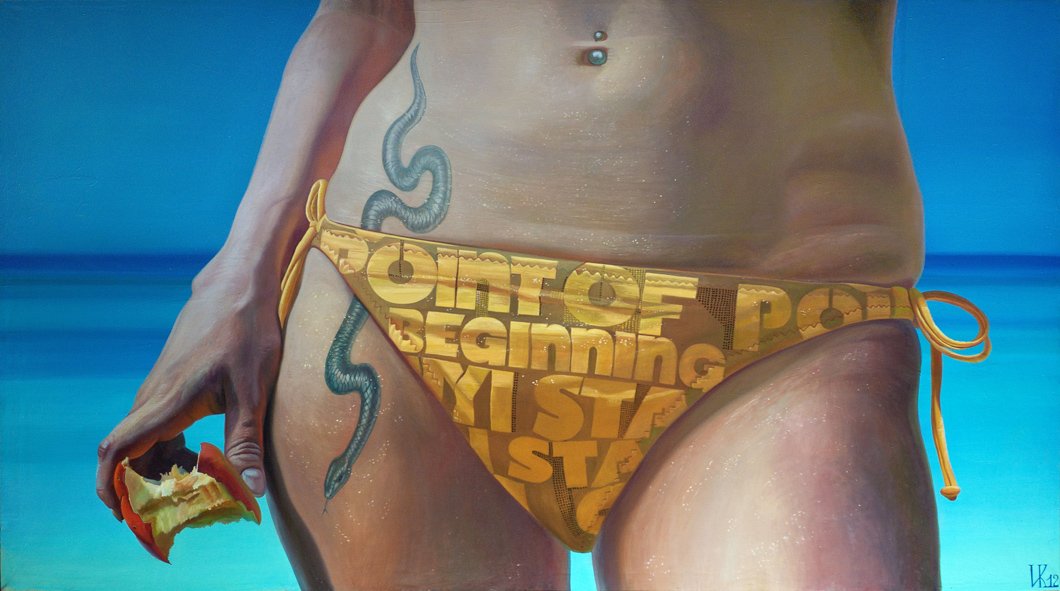 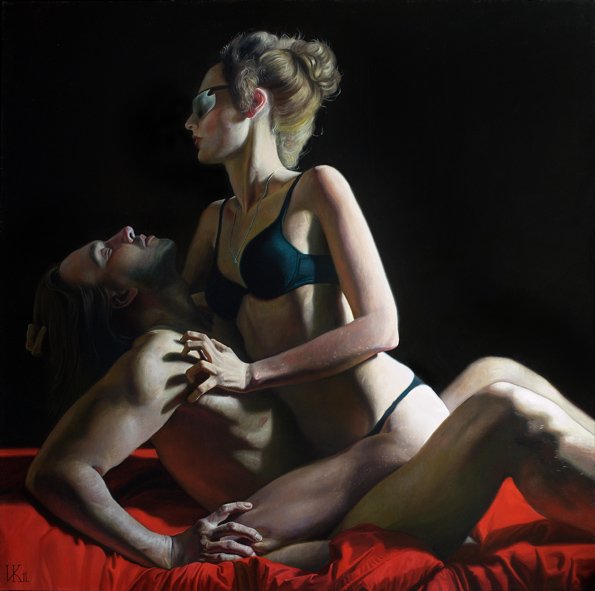 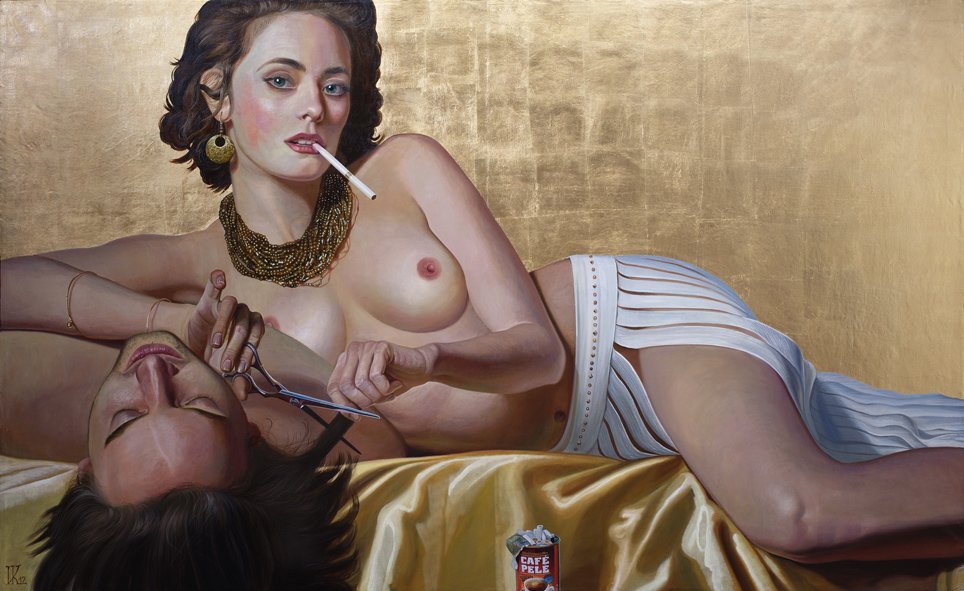 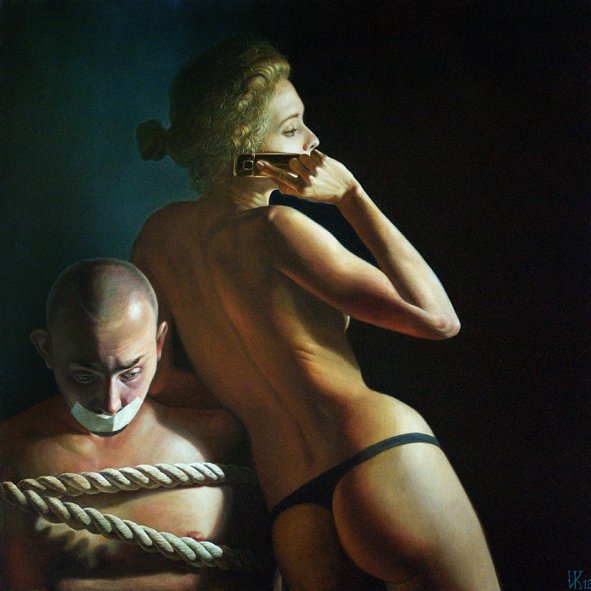 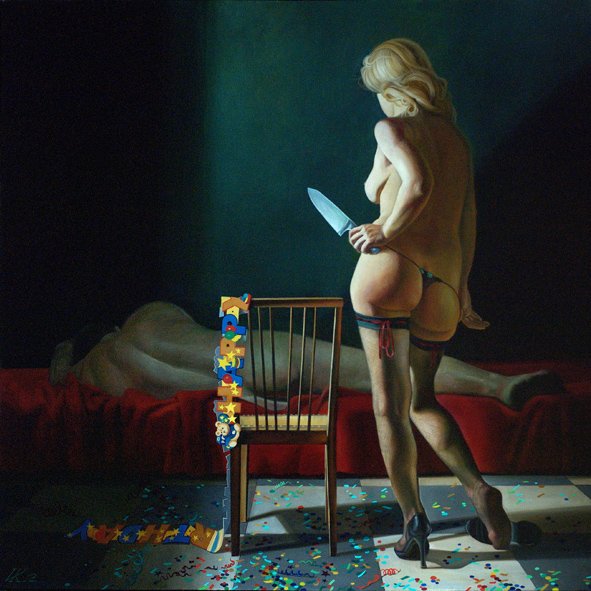 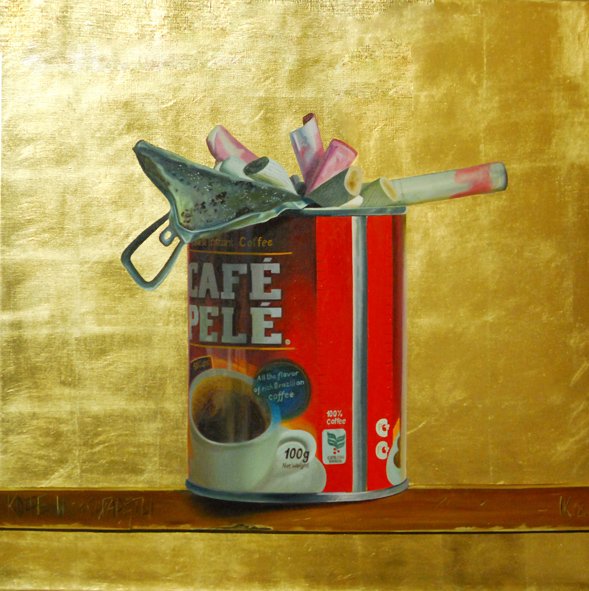 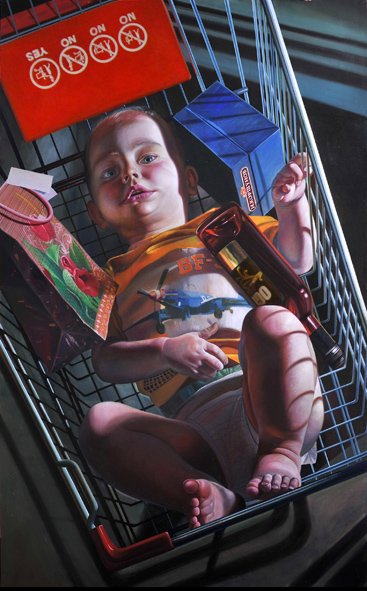 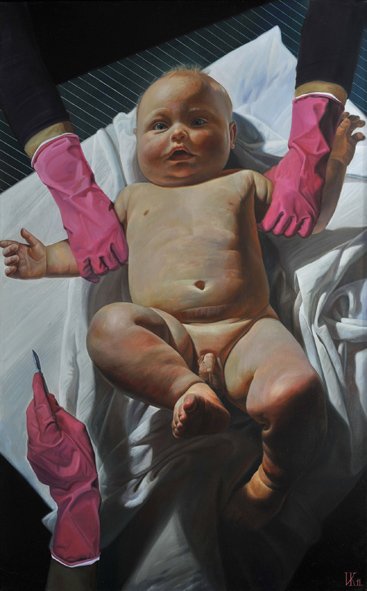 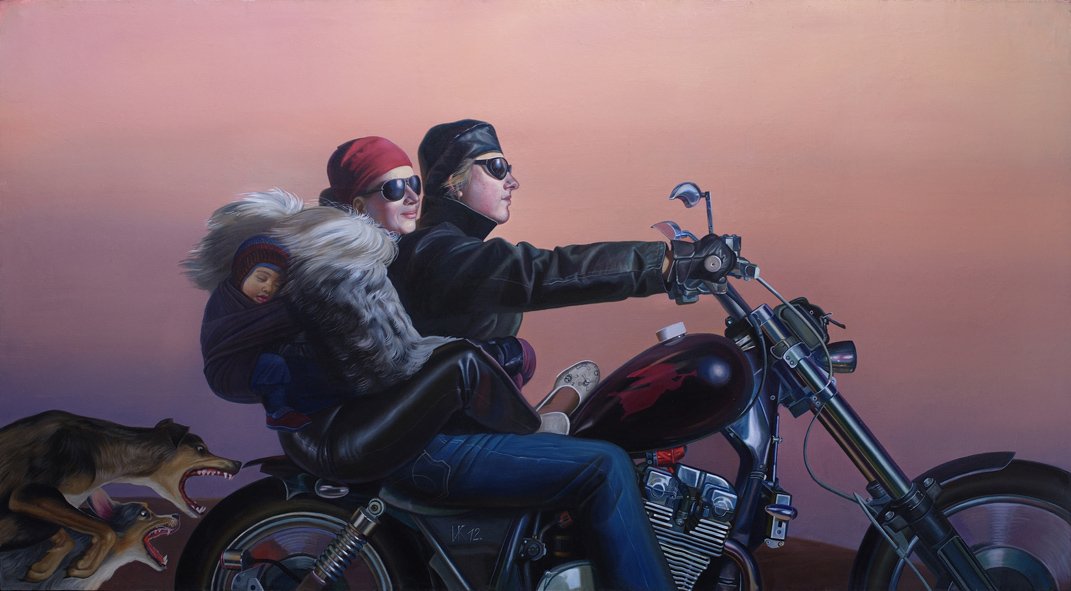 Adam's Rib is the project telling about a role of the woman, the man conceived in the help, but for a long time already left from under trusteeship and dependence of «a strong half». Getting the increasing independence, thus she ceases to be «second half», turning from an ally in warrior and user, thus, frequently dooming herself on loneliness and eternal search.

The exposition opens a series of works «Eve», «Adam's Rib» and «The Eaten Apple». In this series paradise is opened in the images imposed to the spectator media by space. In consciousness of the modern person, the inhabitant of a megacity, paradise are small islands with the white sand, scattered in tender ocean, with the palm trees growing at the water and the bright blue sky. On a background of this idyllic picture, a limit of dream of millions, the plot of the given series develops.In first work «Eve» there is a theme of infringement and a cancellation established taboo, taste of a forbidden fruit. The same idea proceeds in work «Adam's Rib». End of a theme – «The Eaten Apple» – as an image of the come to pass fall of man and the exile from paradise which have followed behind being a reference point (point of the beginning) a terrestrial human history.

Further the exposition is continued with a series of works «Delilah. Before», «Delilah.Dear» and «Delilah. After». This series is devoted to mutual relation between the man and thewoman. The known myth about beauty Delilah which has tempted mighty hero Samson and takenaway at him force, having cut off his long hair, receives here new perusal. The strong, vigorous, modern woman acts in image of Delilah, considering the man as a way or the tool for implementation of the desires and whims. The woman who easily overcomes barrier, being given her grasping passion and, is a lot of having taken pleasure and having deprived the man of all of his force - throws out him on a dump of a history, as the fulfilled goods obsolete.

The culmination of development of a theme of the strong woman is the picture «Happy Birthday» in which image of Judith is deduced, the image of modern «the bounty hunter», perceiving the man as the object completely subject to her will is.

«Basket of Goods» sends to an image of baby Moses, found in a basket and being a gift for the woman found him. The term «basket of goods» today means the minimal set of food stuffs, articles of food and the services necessary for preservation of health of the person and maintenance of ability to live. In a context of the project, the picture creates an image of interpersonal relations between modern men and women. Presently more and more women are engaged in education of children, not resorting to man's support. «Basket of Goods», in this case, is a symbol of that minimum which demands independent, the woman from relations with the man is so-called «a gentlemen's set»: a wine, a box of sweets, what or a gift – and the child as result of end of romantic relations.«Judgment of Solomon» is a modern interpretation of a known Bible parable. The picture is devoted to a theme of the all-consuming parent love, ready to go for the sake of the blessings of the child on any victims.

«Flight to Egypt» is a contemporary perusal plot of the New Testament. In the project appears, an image of the woman found in the man a support and the defender, entrusted to him not only the life, but also life of her child